Letter From the Founder 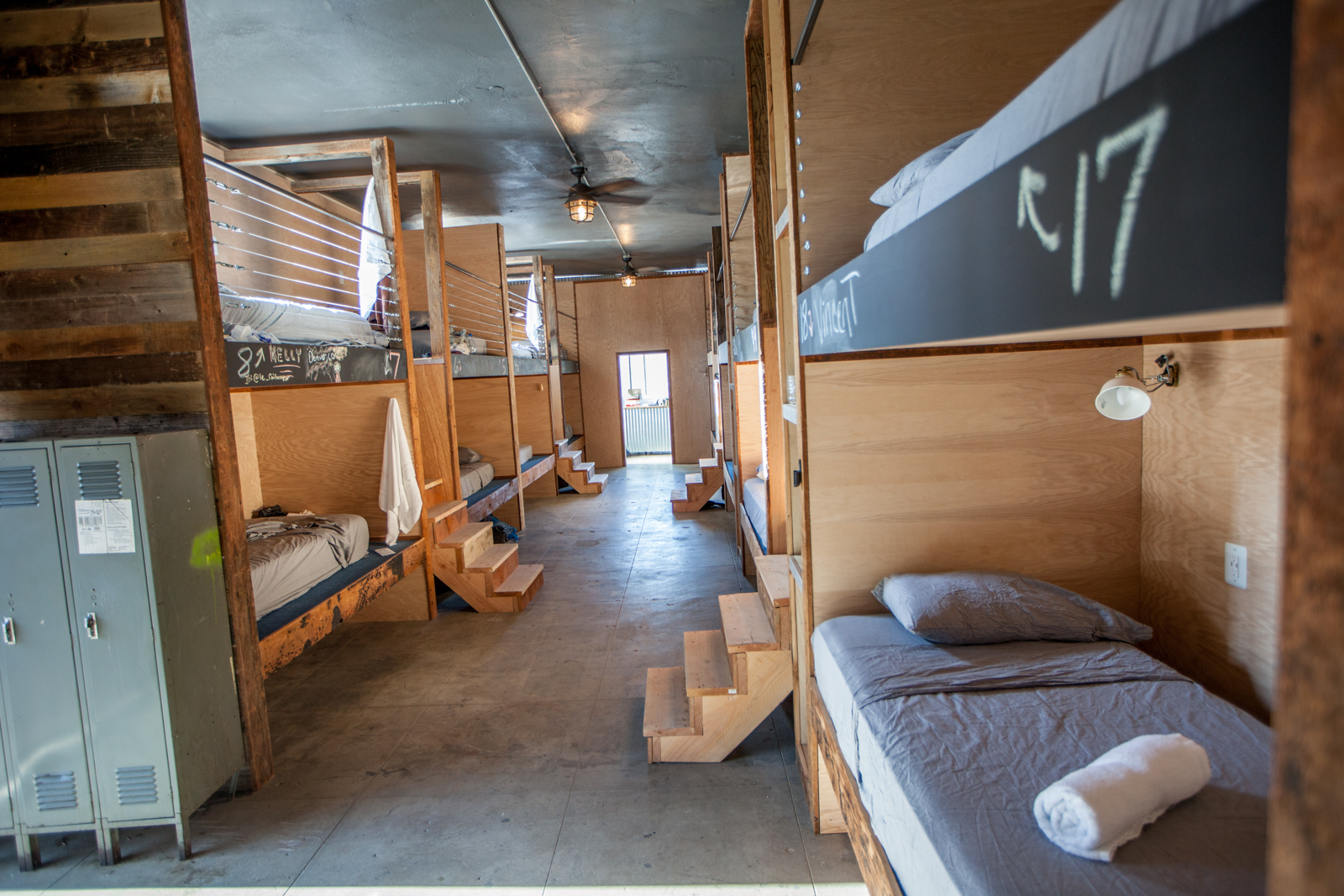 Podshare is a byproduct of high rents. My solution to the rising prices in neighborhoods I’ve wanted to live in was a simple math equation. Add up the rents, utilities, staffing costs and divide. But not by the traditional 2-3 but by 10 so that the price is affordable for all. I take on all the risks with the leases, maintenance and insurance in my name and remove the burden of security despots which was hard on me after the 2010 economic turn. I don’t build a PodShare in a place that I don’t want to live in, and where rent is affordable. Breaking up the payments with nightly and weekly stays allows folks to afford staying – whether it’s because they are paycheck-to-paycheck, don’t yet know if co-living is for them, or don’t have a definite date of how long they’re in town for.

As our network of locations grew, it became a great way to experience neighborhoods before committing to a longterm lease. Through the 7 years I saw countless people find roommates and move within a 3 mile radius of that PodShare. There’s not really a physical place to find a pool of apartment-seeking candidates like there is at PodShare — you also get a sense of the potential roommate from day one (are they an early riser/night owl? Cleans up after cooking? Considerate?).

A large component of PodShare is the solo traveler, but a vital part of the community is longer term guests between 30 days and a year. While traditionally people think of long term housing as a single apartment with a roommate or a house, these models are constricting both in cost and in mandatory year-long leases. There is a reason homelessness is on the rise, and a large part of that is very strict regulations that make it almost impossible to provide affordable housing. New development take years and have regulations around every single aspect that make building it cost prohibitive and the amount of affordable units that are mandated are so small that they are a drop in the ocean. PodShare believes that we can re-purpose under-utilized spaces in a safe way to allow a type of new communal housing, because housing not only needs to change it HAS to evolve.

Homelessness in Los Angeles went up 16% this last year and with that increase came increased number of crimes on the homeless and from the homeless (39% of which were violent crimes). What if we changed the way we defined housing so that it could help those that simply cannot afford the high security deposits and exorbitant rents. What if we got those that were almost homeless before it’s too late. Or even if we simply redefined what we call housing so those that choose to live nomadically finally had a way to live anywhere without overspending on accommodations?

While it’s not seen as traditional to live in an open floor plan in recent generations, there are many cultures and groups of people that used to live this way, both by choice and by need. The Maori for example originally lived in semi-permanent homes usually in groups of 10, and as the communities grew larger they began living in “Wharepuni” or sleeping house which were large enough for several families to be accommodated at night. They had other buildings like the “Pātaka” which was the place that they stored items and the “Kāuta” which was their community kitchen.

The native American Iroquois tribes and some of their Algonquian neighbors lived in Longhouses which could be as much as 200 ft long and 20 ft wide and 20 ft hight with a raised platform creating 2 levels. The second level was the sleeping quarters that could sleep as many as 60 people (an entire clan).

Back in the 19th and 20th centuries there were female boarding houses that lived in communities. These boardinghouses served “as places for new residents to get their city sea legs without immediately wading into the melee of the apartment-hunting game.” This was both as a means of convenience, and for some it was their only option to afford living in a city full of hopes and dreams.

Between one third and one half of nineteenth-century urban residents either took in boarders or were boarders themselves. History tends to repeat itself. Now we see people airbnbing their houses and amassing multiple roommates to afford living in their city apartments and homes.

We believe in the hybrid of short and long term housing to network, inspire, sample, and support. Short term stays have turned into very long term stays just by trying PodShare, and if we only required long term stays they would be nervous about their loss of privacy and who is surrounding them. Short term roommates bring so much value to the podshare – stories, large personalities seeking adventure; it breaks up the monotony of knowing everything about your long term roommates and opens the door to discovery.

You choose podshare for the cost, and stay for the community.

Whether the person is extending at the end of their stay, checking out to try other options, or comes back a year later – we’re a safe clean friendly housing option to try. Name another brand in LA like it? Airbnb average night is $134 and although there are spare bedrooms for half that price, they are not all in unison (so research time must go into each one to see what they offer and who is the host) or really that much in abundance (majority of Airbnb rentals are privates).

I never want to take housing off the market. Podshare either significantly increases the density or offers housing where it previously doesn’t exist. 100% of staff live in a podshare full time as their main residence, including me. I live across the network and keep iterating for the housing I want, since 2012.

We have never developed but rather we change the use of units or buildings and design small spaces with maximum efficiency – each person gets a 50 ft pod but lot’s of common area space. We build inside existing envelopes which doesn’t upset neighbors, disturb the environment, but brings in new money and flexible housing options to a neighborhood.

We are exploring franchises now to empower people to grow the network. I’m looking for individuals who have stayed or worked at a podshare to open in their city the way I did. There are financing models that we can explore once a fitting location is found. It’d be amazing for me and my team go out to build the pods alongside these new partners. Building the locations with local resources connects me to every single space, along with sleeping in them of course.

My intention has always been to support the global citizen by offering one price to live anywhere across the world, for any duration of time. I thought I could build them all but without venture capital I’m beginning to believe all these partnership requests in my inbox is the right move – it’s grassroots, local, and owner-occupied just like me.

So if you believe that housing isn’t defined by 4 walls called a private room, but can be just 3 walls in a large open space, and if you prefer the diversity of rotating roommates instead of one set persons, and if you agree that one address is stifling and you rather be a member of an international housing society, then send me a message and let’s plan to grow co-habitation/co-existence AKA co-living.