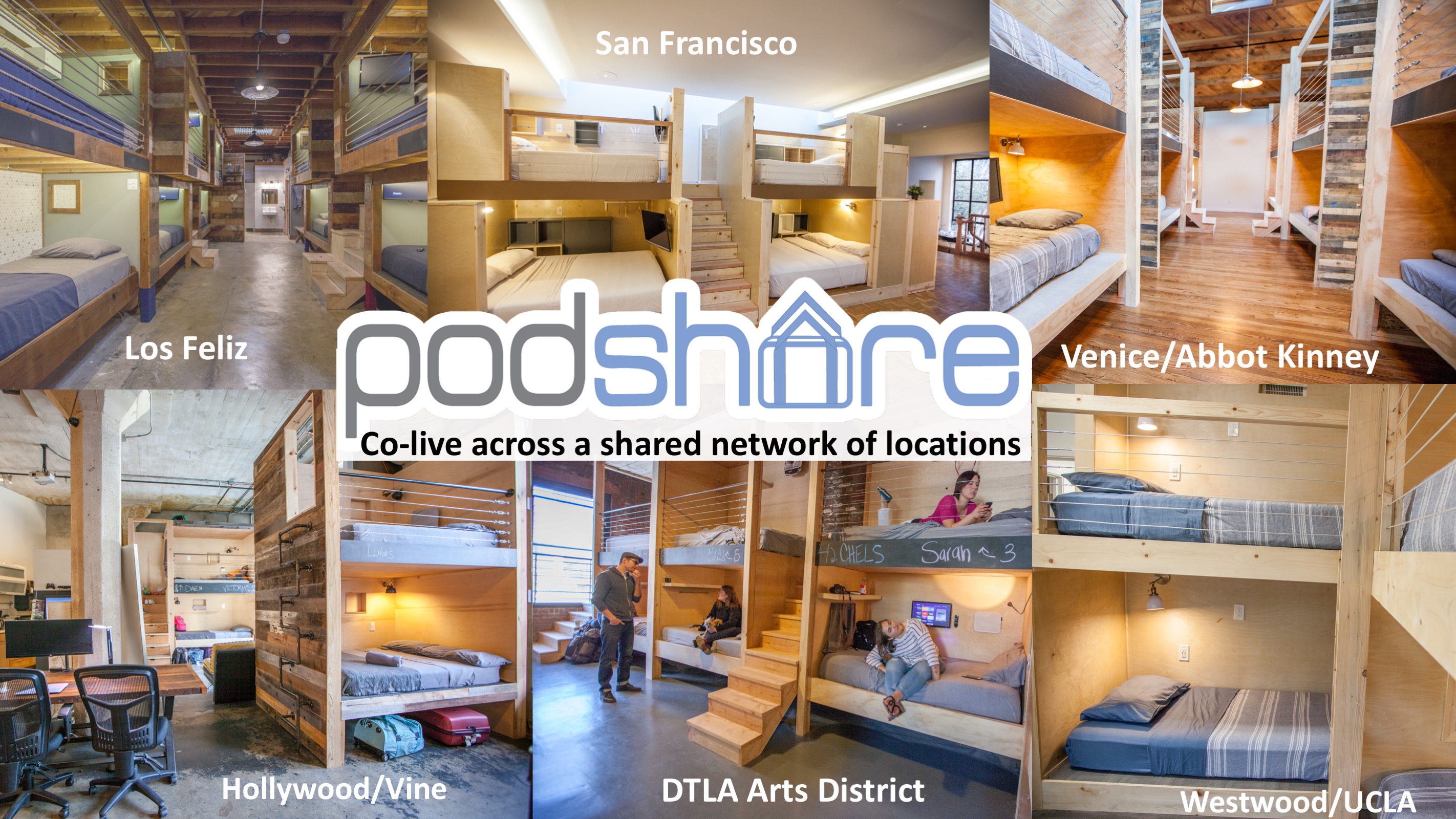 Housing has become more and more expensive and therefore inaccessible for a large portion of the population. Having your own apartment in Los Angeles will run you $2,384/ month and in San Francisco it’s a whopping $3,612/ month according to RentCafé. This number doesn’t even take into account the downpayment, proof of employment and furnishing costs associated with moving into the big city. With over 58% of tenants in Los Angeles spending more than 30% of their income & 1 out of every 3 Angelenos spending over 50% on housing alone, they have little left according to the survey by Rentonomics. These unaffordable prices pose a huge barrier to entry for those without a full time job, recent graduates, or lower income bracket citizens. The dream of moving to the big city to get a job and make a life is not only harder than it was before, for some it’s nearly impossible.

The high price of rent is not only impeding people from moving into the state, but it also has 53% of California’s considering moving out of state (according to a poll by Edelman Intelligence). Of those who are still moving into the state in 2018 about 62.49% are moving here for a job and 49.51% have an average salary of $150,000 or more according to United Van Lines Mover Survey. This goes to show that those who are able to move in are in the higher income bracket, job secure and and can afford the exorbitant rates. Meanwhile lower income bracket citizens are unduly prohibited from moving to the city by housing alone.

Some young adults have decided against getting their own place at all. The commitment phobia generation of millennials are instead opting to live with their parents instead of signing expensive year long contracts that tie them down. According to the American Community Survey done in 2017, approximately 34.5% . of young adults between 18–34 years old were living with their parents. In CA that average was slightly higher coming in at 39.3% an astounding 3.6m out of 9.4m youth. This shows that housing costs are so prohibitive to millennials that they have no alternative but to give up some freedoms. The dream of the past generations of a white picket fence house is not only harder to obtain, some might question if it’s still the benchmark of successful adulthood that it used to be.

The millennial generation has quickly become the poster child for travelers who prefer to work remotely, take on freelance work and have as little commitment as possible. With 4.8m Americans defining themselves as a “digital nomad” and 27% of those surveyed saying they plan on becoming digital nomads in the next 2–3 years according to MBO Partners Research Brief, there is no question that traditional housing of the past needs a revamp.

For those opting to subscribe to the traditional housing model, you are likely limited to one address locked into that 1 year lease. That means every time you travel you still have to pay for your current apartment + hotel or airbnb nightly rates of $128.94/ night. So a week away would tack on an added $902.58 to your monthly rent. What alternatives does this leave for those who want to live as a world wide citizen?

One solution is sharing. For those that want to break free from the parental nest and spread their wings, but haven’t yet secured a full time job or found a potential roommate, your options are limited. You can spend $120-$160 minimum on a hotel or airbnb in most large cities, or you can try your luck at a cheap hostel. Just a note on hostels, most have a maximum you are allowed to stay (typically 14 days-1 month) and do not take anyone with an in state ID. So good luck if you’re from Los Banos, CA looking to break into Los Angeles. You’re stuck paying a premium for Airbnb or Hotels.

It’s from these lack of clean, affordable, flexible options that PodShare was born. PodShare is a safe, affordable, clean option that provides transitional housing that fills a real need in the city of Los Angeles. Sure it’s not exactly the penthouse suite all to yourself in the center of DTLA, but it’s an option that could help you save up to get there.

The notion of sharing is neither new nor groundbreaking. Humans have long grouped together in clans, in tribes, in boarding houses, in communities for safety, for sanity and for efficiency. We group together in dangerous situations because there is power and protection in number. We share a room with a sibling and get assigned a roommate in our college dorm then go out and look for a roommate on craigslist because living alone is, well it’s lonely and expensive. Humans need contact with other humans to function property. That’s why the worst punishment for a human is solitary confinement.

Whether living with your family, with roommates, or partaking in the co-living movement, it’s cheaper to share. Privacy is and always has been a luxury. In fact it was a luxury that few but the elite could afford until the Gilded Age and the advancement of the industrial revolution when the mass population finally saw a re-distribution of wealth. That’s really when people started

What if instead you belonged to a housing membership where you could test out different cities, meet possible roommates and save up money for the deposit to our future apartment. You to pay one affordable price to live anywhere across the world, with all of your basic needs met. This includes all utilities, all toiletries, all wifi, downpayment, and some basic food.

With everything there are positives and negatives to co-living.

PodShare was founded in 2012, and now spans across 7 of the best neighborhoods of Los Angeles and San Francisco.

Letter From the Founder